‘Exhausted’ animal lovers at a wildlife sanctuary say it has had to close its doors to new admissions due to the rising cost of living.

Cleethorpes Wildlife Rescue, run by volunteers, says the rising cost of feed, petrol and utility bills, coupled with a drop in donations due to the financial crisis, has put it in a predicament.

In an emotional statement on social media, the center, which helps sick and injured ducks, foxes, mice, birds and deer, among other things, said volunteers are doing extra shifts at their normal jobs to pay the bills.

It said that while the animals currently in its care will not be moved or relocated, it simply cannot afford to take in any more.

A spokesman said falling donations had forced other shelters to close and they were “fighting hard to avoid a similar fate.” 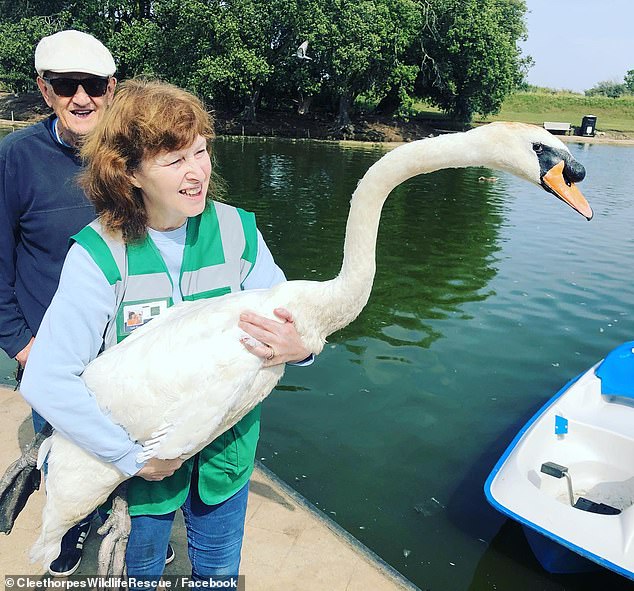 Cleethorpes Wildlife Rescue has said it can no longer take in animals due to rising costs. Pictured is a volunteer in the center holding a swan 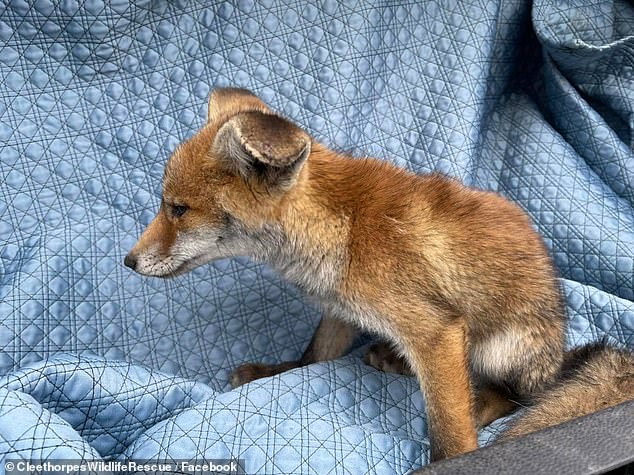 The center, which takes care of injured and sick animals, says donations have dried up during the cost of living crisis. Pictured is a fox cub rescued by the center

“We are all feeling the bitter sting of the rising cost of living,” they said.

“Electricity, petrol and bills in general are so much higher than they used to be and understandably we have had a huge drop in donations because of this.

“We’ve seen huge increases in the price of everything needed for the rescue and rehabilitation of wildlife.

‘Food has risen by about 70 to 90 percent, petrol prices are skyrocketing – the amount of travel we make every day is unreal.

‘If you power all the incubators and specialist equipment, medicines, bedding, a good month can be over £2,000, with vet bills and unexpected bills and sometimes double that.

“Until we’re on the right track with money, we simply can’t afford to get any more shots.

“We are only volunteers and we cannot carry out a rescue operation, which in itself is a huge task.

“And extra shifts are running at paid workplaces to keep the rescue open, we’re exhausted.”

They added that one of the center’s bosses had even retired in an effort to keep it going, but fell ill due to the demands of the role. 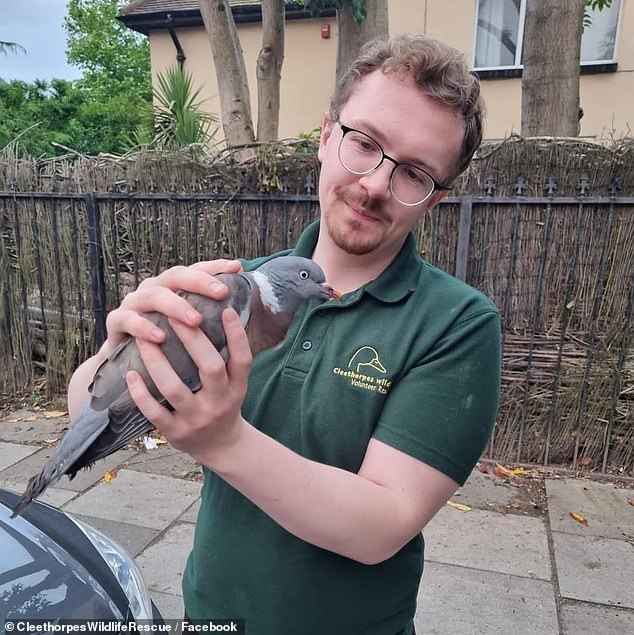 Cleethorpes Wildlife Rescue says the cost of gasoline, food and energy has skyrocketed, leading to the difficult decision to stop accepting new animals. Pictured is a volunteer from the center holding a pigeon 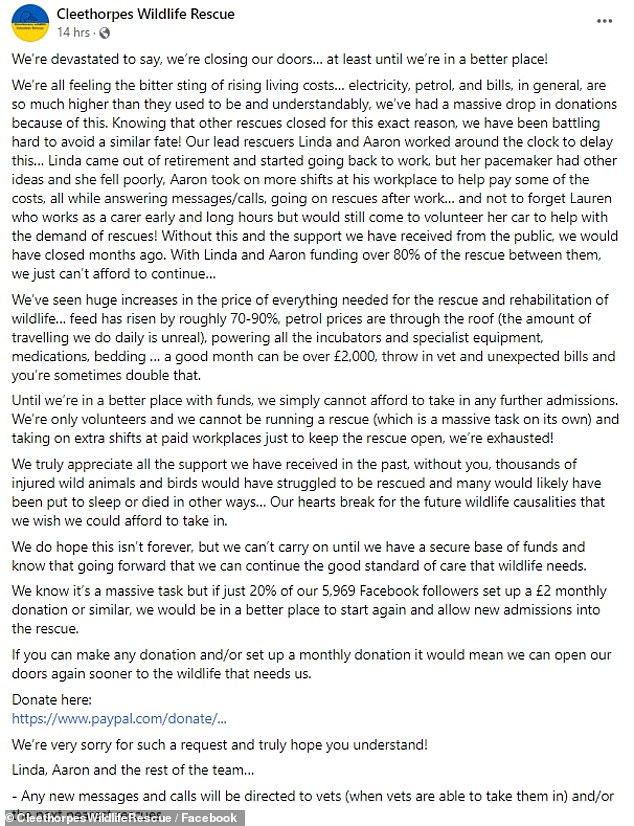 In an emotional statement on Facebook, Cleethorpes Wildlife Rescue said volunteers had worked extra shifts at their normal jobs to help pay the bills.

The center said it hoped this wasn’t the end, adding, “Our hearts are breaking for the future natural causes we’d like to afford to include.”

Meanwhile, they’ve called on people to donate to the cause through their fundraising page.

Supporters expressed their sadness about the temporary closure of the center via social media.

Nikki Franks said, ‘Ready, I hope every donation helps you get back on your feet xx.’

Jayne Riley said: ‘I made a monthly donation, hope you get enough money to continue the great work you are doing, I will share the post too.’ 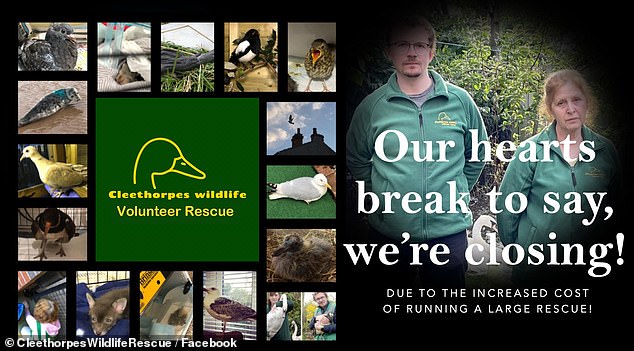 Lloyd North said, ‘I’m sorry to hear this. I’ve done what I can with a monthly donation and I hope your financial situation improves enough to resume your great service. Good luck.’

Jo Crolla said, ‘You can’t close. The animals need you. I set up a month. Sorry it can’t be more, but hopefully we can keep you going as a collective. Good luck!’

Alemap Oedsab added: ‘I have made a monthly donation and will share this post to encourage others to support the wonderful work you are all doing!’